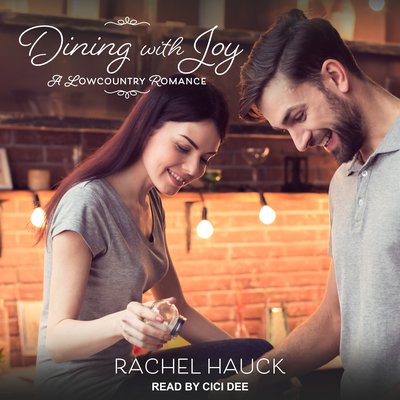 "Chef" Joy Ballard longs for a simpler life. But when a good-looking outsider arrives and spices things up, life becomes deliciously complicated.

Host of a regionally syndicated cooking show, Joy Ballard has a little secret: she can't cook. But when her show is picked up by a major network and given a prime time slot, her world heats up faster than a lowcountry boil.

Enter Luke Redmond: handsome, creative, and jobless after having to declare bankruptcy of his Manhatten restaurant. When her producers ask him to co-host the show, Joy sees Luke as her way out. But Luke sees much more than just a co-host in Joy.

Their relationship begins to simmer on and off set. Until Joy's secret is revealed and her reputation is ruined on national television by her rival, Wenda Devine.

But could Devine's cruelty be a divine gift? Losing Luke-and her sister-forces Joy to consider where her worth really comes from. Could God be cooking up an even bigger adventure from the mess? And will Joy hang on long enough to find out?