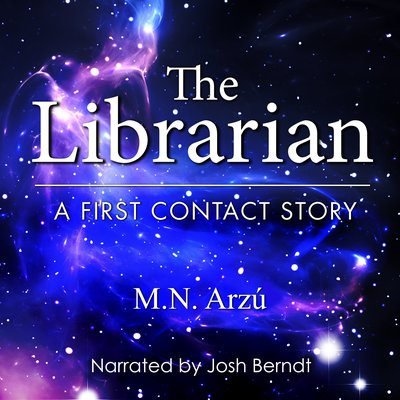 Despite the rumors, the US Government has been able to deny First Contact with an alien race for decades, but with good reason: it hasn't happened yet.

When a strange signal comes from an isolated area in the forests outside of Seattle, they find that First Contact is not going to happen with big ships and grand world-wide messages. Aliens, it turns out, like to keep their existence quiet.

Nick Logan, Seattle's resident alien, wants to tell his human wife the truth about himself. He just happened to land too close to a military base from his last trip. Now, telling her the truth has become way more complicated than he anticipated, stuck behind a glass wall and with the military between them.

The Librarian is a contemporary short novel set in Washington State and dealing with first contact with an alien species unlike anything else in modern science fiction.