Running for Our Lives 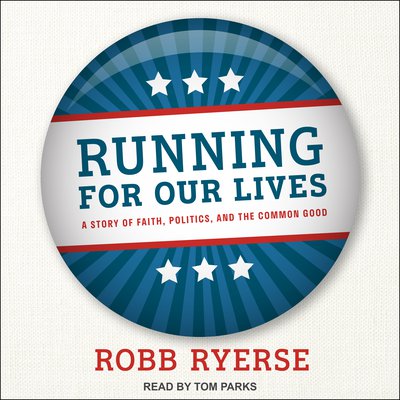 Running for Our Lives

A Story Of Faith, Politics, And The Common Good

Empowered by the Brand New Congress initiative in 2018, evangelical pastor and progressive Republican Robb Ryerse embarked on a long-shot, grassroots congressional campaign against Steve Womack, one of the most powerful Republican incumbents in Washington, DC. After he ultimately lost his race, Ryerse worked with the Vote Common Good campaign, traveling across the United States to help turn Congress blue.

Throughout his political journey, Ryerse gained new insights on the relationship between religion and politics in America today, the dynamics of our deep partisan divide, and the power of faithful people working for the common good. Running for Our Lives is the honest and authentic story of how one pastor tried to make a difference. Through all the joys and struggles of daring to make a stand, Ryerse shares what he's learned about how our political identities shape us, what the role of government has in helping to meet people's needs, and how others can get involved in politics as an expression of progressive faith.