Daughters of Allamont Hall Collection, The 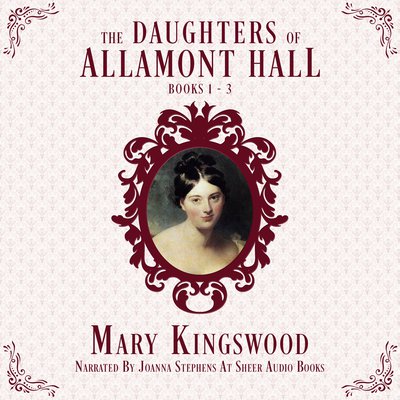 Daughters of Allamont Hall Collection, The

700 pages, and hours of reading in one collection — books 1-3 of The Daughters of Allamont Hall, a series of traditional Regency romances, drawing room rather than bedroom.

Amy is a shy, timid soul, browbeaten by her domineering father until she’s terrified to do or say anything without his approval. When he dies suddenly, his will leaves large dowries for his six daughters, but only if they marry in the proper order, the eldest first. Amy must now find herself a husband, and soon, so her younger sisters can marry in their turn. There are several possible suitors, but will any of them come up to scratch? And how will Amy choose without her father to guide her?

Belle is the plain one of the six Allamont sisters, happy with her books. With Amy betrothed, now Belle must find a husband. Reluctant to parade herself at balls and card parties, she intends to accept the offer of her cousin, James, a pragmatic but loveless choice on both sides. But fate and poetry and the gentle tendrils of friendship combine to overturn her careful plans.

Connie’s older sisters have managed to find husbands, but now it’s her turn and she’s not sure she wants to marry at all. Having only just escaped her late father’s restrictive regime, she’s reluctant to surrender her freedom to another man just yet. If only she could find one who would fall so adoringly in love that he would do anything for her.