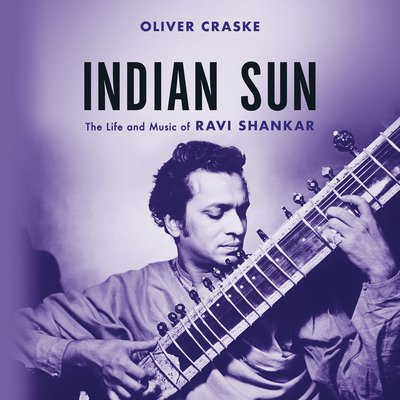 The Life and Music of Ravi Shankar

The definitive biography of Ravi Shankar, one of the most influential musicians and composers of the twentieth century, told with the cooperation of his estate, family, and friends

For over eight decades, Ravi Shankar was India's greatest cultural ambassador. He was a groundbreaking performer and composer of Indian classical music, who brought the music and rich culture of India to the world's leading concert halls and festivals, charting the map for those who followed in his footsteps. Renowned for playing Monterey Pop, Woodstock, and the Concert for Bangladesh–and for teaching George Harrison of The Beatles how to play the sitar–Shankar reshaped the musical landscape of the 1960s across pop, jazz, and classical music, and composed unforgettable scores for movies like Pather Panchali and Gandhi.

In Indian Sun: The Life and Music of Ravi Shankar, writer Oliver Craske presents readers with the first full portrait of this legendary figure, revealing the personal and professional story of a musician who influenced–and continues to influence–countless artists. Craske paints a vivid picture of a captivating, restless workaholic–from his lonely and traumatic childhood in Varanasi to his youthful stardom in his brother's dance troupe, from his intensive study of the sitar to his revival of India's national music scene. Shankar's musical influence spread across both genres and generations, and he developed close friendships with John Coltrane, Philip Glass, Yehudi Menuhin, George Harrison, and Benjamin Britten, among many others. For ninety-two years, Shankar lived an endlessly colorful and creative life, a life defined by musical, emotional, and spiritual quests–and his legacy lives on.

Benefiting from unprecedented access to Shankar's archives, and drawing on new interviews with over 130 subjects–including his second wife and both of his daughters, Norah Jones and Anoushka Shankar–Indian Sun gives readers unparalleled insight into a man who transformed modern music as we know it today.