Fall of Martin Orchard, The 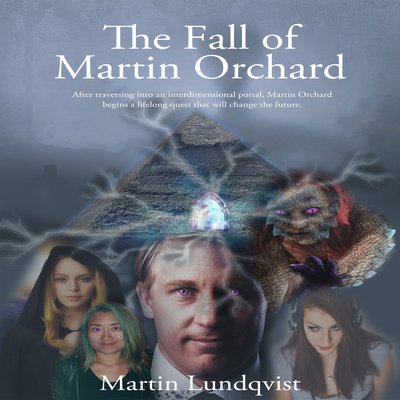 Fall of Martin Orchard, The

'The apocalypse was coming. The Gamma-Ray Blast would hit Earth on the 20th October 2131, and I needed to make sure that humanity survived the Apocalypse.'

In the year 2019, Martin Orchard travelled to Egypt on a holiday, where he stumbled across a beautiful gemstone at a bazaar. The gemstone opened a Divine Portal inside the Cheops Pyramid to the ancient extra-terrestrial realm, where Martin met Zetan aliens, and was given premonitions as well as an other-worldly glowing tattoo.

"Find Keila Eisenstein, and warn her of Rangda the Deceiver."

This was the message that was given to him, just before he came back to reality.

1.5 years later, while in Nepal, Martin had another encounter with an extra-terrestrial being, Rangda Kaliankan, Queen of the Xeno species. He decided to follow her path and was given a futuristic monocle, that granted him a higher consciousness. Martin along with eight other people were given the same supernatural technology, and were given an important mission to save the world from Gamma-Ray Apocalypse.

But who controls the futuristic technology, and what impact will the group's actions have on the fate of humanity?