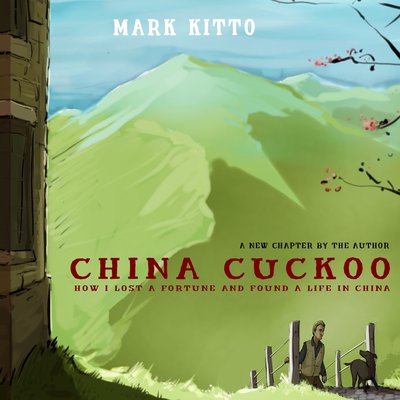 How I Lost a Fortune and Found a Life in China

‘China Cuckoo’ is the charming true story of a witty and eccentric sinophile Englishman and his China tree-change, narrated by the author.

Mark Kitto was the first westerner to return and live in Moganshan, a dilapidated, beautiful Chinese mountain village, since the original foreign residents left in 1949.

In millennial Shanghai, Kitto was the creator of the ‘That's’ city magazine series, the most popular and profitable English language publications in China since the ‘North China Daily News’, the paper of record of concession-era Shanghai. The UK Financial Times described him as a ‘mini media mogul’. In 2004 he suffered the same fate as the man who built the ‘Daily News’. He lost everything to the Communist Party.

Rejecting the corporate world and the glamour of Shanghai, Mark persuaded his urbane Chinese wife to make Moganshan their permanent home. With their two small children they took the bold step of moving their lives to the isolated village, taking over an old brothel to start a western style cafe. In the process the author uncovered the history of the mountain retreat; its ‘discovery’ and development by missionaries, its popularity with celebrities, drug dealers (Chinese and foreign), and its decay under the Communist regime.

Funny, touching and inspiring, ‘China Cuckoo’ is a rare and intimate portrait of life in rural China through the eyes of one man who has survived house-fires, typhoons, corruption and cultural clashes. It is an illustration of past and present China’s relations with foreigners and it describes, in the words of one who has suffered and benefited from both, the risks and rewards of going ‘China Cuckoo’.

Mark Kitto has also published ‘That’s China, how a British entrepreneur took on the Chinese propaganda machine’, the full story of his China publishing career, now available as an audiobook.

Mark Kitto currently lives in the UK where he is an actor, narrator and editor.