Jurassic Period, The: The History and Legacy of the Geologic Era Most Associated with Dinosaurs 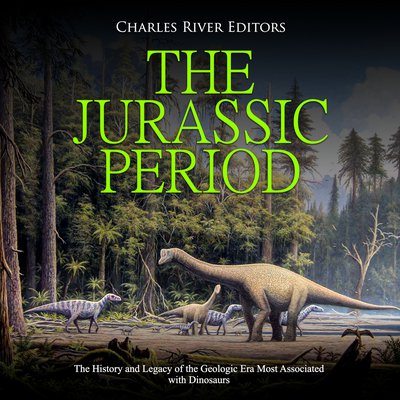 Jurassic Period, The: The History and Legacy of the Geologic Era Most Associated with Dinosaurs

The early history of our planet covers such vast stretches of time that years, centuries and even millennia become virtually meaningless. Instead paleontologists and scientists who study geochronology divide time into periods and eras. The current view of science is that planet Earth is around 4.6 billion years old. The first four billion years of its development are known as the Precambrian period. For the first billion years or so, there was no life in Earth. Then the first single-celled life-forms, early bacteria and algae, began to emerge. We don’t know where they came from or even if they originated on this planet at all. This gradual development continued until around four billion years ago when suddenly (in geological terms!) more complex forms of life began to emerge.

Scientists call this time of an explosion of new forms of life the Paleozoic Era and it stretched from around 541 to 250 million years ago (Mya). First of all, in the oceans and then on land, new creatures and plants began to appear in bewildering variety. By the end of this period, life on Earth had exploded into a myriad of complex forms that filled virtually every habitat and niche available in the seas and on the planet’s only continent, Pangea.

It was during the Jurassic period that reptiles began rule the Earth and some of the best-known prehistoric creatures first emerged. The Jurassic Period: The History and Legacy of the Geologic Era Most Associated with Dinosaurs looks at the development of the era, the extinction events that preceded it, and how life began to evolve during it.