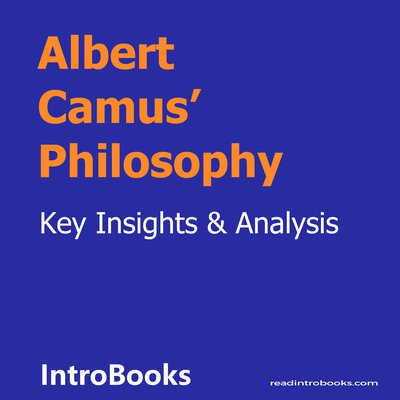 Albert Camus (Nov 7, 1913 – Jan 4, 1960) was an Algerian born French author, journalist, and philosopher. In 1957, at the age of 44, he has conferred the Nobel Prize in Literature, in history's the second-youngest recipient. Camus had been born to French parents in Algeria.

He spent his adolescent days in a shabby neighborhood, and subsequently studied philosophy at Algiers University. He was in Paris in the year 1940 during the Second World War, when the Nazis invaded France.  Camus attempted to escape but ended up joining the French Resistance, where he served as editor-in-chief at the war in an outlawed daily newspaper.

He was a celebrity figure after the war and rendered many lectures all across the globe. He happened to get married twice but did enjoy a lot of extramarital affairs. Camus was active politically; he belonged to a leftist group, because of his principles of totalitarianism, which challenged the Soviet Union. Camus took pride in being a moralist, leaning on anarcho-syndicalism.

He was also part of several groups that were pursuing European integration. He held a moderate stance during the Algerian War commenced in the year 1954 and continued till 1962, promoting a pluralistic and multicultural Algerian existence, a policy that created an uproar, and that was vehemently opposed by a majority of national parties.