Age of Reptiles, The: The History and Legacy of the Mesozoic Era and the Dinosaurs 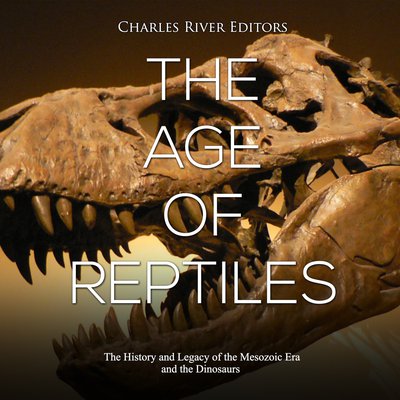 Age of Reptiles, The: The History and Legacy of the Mesozoic Era and the Dinosaurs

Beginning in the Triassic but especially in the Jurassic period, reptiles came to dominate the oceans, the land and even the skies. There has never been anything else quite like this period in terms of the success of a particular type of creature. For almost two hundred million years, reptiles were the only significant creatures on Earth. They were so successful and so diverse that they evolved to take advantage of every available habitat and no other type of large creature had a chance to develop.

To put the two hundred million years of reptile dominance in perspective, the entire span of recorded Human history, the time since people advanced from tribes of primitive, nomadic hunter-gatherers into recognizable societies, covers less than six thousand years. To put this in context, if the entire history of the planet were to be laid out on the length of a football field, the period of dominance of the age of reptiles would not begin until the five-yard line and would stretch for twelve feet. All of Human history would occupy a tiny strip at the end of the field, less than the width of a human hair.