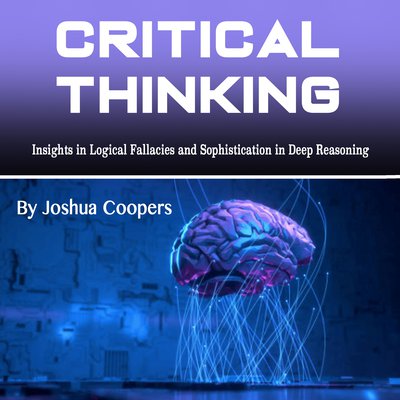 Insights in Logical Fallacies and Sophistication in Deep Reasoning

Publisher: A to Z Publishing

The majority of this book is based on the concept of fallacies. This idea is the notion that people often come up with the wrong reasoning, the wrong conclusions, and the wrong steps in their logic. Because they do this, they often argue about things that completely seem to contradict each other but they don’t. Many people base their fallacies on emotions, past experiences, biased thoughts, or some other thing that gets in the way of pure, correct, infallible logic.

In this guide, many fallacies will be broken down, explained, and debunked. This alone can help someone think faster, better, and more accurately. At the end of the book, the “Problem of Criterion” is outlined, and some words are said about what humor is, where it comes from, and how you can use it more effectively.