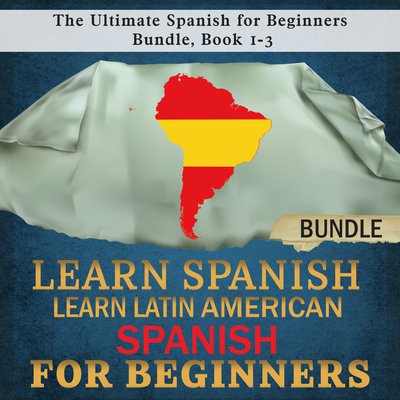 This Learn Spanish audiobook-series takes away the agony of learning, making it a fun and interactive experience.In this series, you will learn the most frequently used words, verbs, and phrases first, before proceeding to learn Spanish grammar.

This easy and highly effective structure, will hijack your learning curve effectively as you will learn the Spanish language in the same way you learned your native language as a child.

If you think about it, you learned your native language by listening to your parents communicating. You had no clue what grammar was, and yet you learned rapidly! And the phrases you learned first, were the ones your parents used most frequently.

By following the same logical principle you will learn the Spanish language fast in an easy manner.

This Bundle consist of the three books in the series Learn Spanish, where you will:

If you are serious about learning the Spanish language, then make it easier for you and hijack your own learning curve effectively by following the same principles you used as a child.

Don’t wait any longer, scroll up and purchase this Audio now!