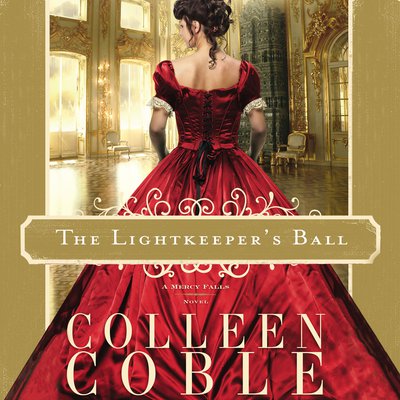 At the elegant Mercy Falls masquerade ball, Olivia's hidden identity will be revealed.

It is the dawn of a new century and Olivia Stewart is heiress to an empire. Her family numbers among the Four Hundred—those considered the wealthiest and most distinguished in America. Unfortunately their wealth has nearly disappeared, and now their security rests upon the Stewart daughters marrying well.

Olivia's sister, Eleanor, was engaged to Harrison Bennett, one of the nation's wealthiest men, but has since died. Now the pressure is on Olivia to take her place, despite her suspicions about Eleanor's fiancé. Using her family's long-forgotten English title, Olivia travels to Mercy Falls, California, as Lady Devonworth, hoping to learn more before committing to marriage. There she finds that Eleanor's death was no accident. And Harrison is not the man she thought he would be.

When Mercy Falls holds a charity masquerade ball to raise funds for the new lighthouse, secrets—and truths long hidden—will be revealed. But can Harrison really love Olivia when he finds her true identity? Can she live with the repercussions of failing her family, or will she finally realize that nothing—not money, family, or romance—will ever compare to God's unconditional love?