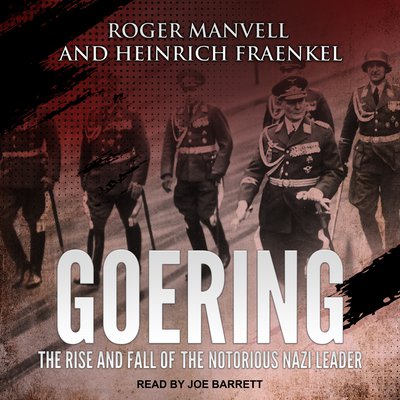 The Rise and Fall of the Notorious Nazi Leader

A penetrating biography of one of the most infamous members of the Nazi high command.

In Goering, Roger Manvell and Heinrich Fraenkel use firsthand testimonies and a variety of historical documents to tell the story of a monster lurking in Hitler's shadows. After rising through the ranks of the German army, Hermann Goering became Hitler's right hand man and was hand-picked to head the Luftwaffe, one of history's most feared fighting forces. As he rose in power, though, Goering became disillusioned and was eventually shunned from Hitler's inner circle. Alone at the end, he faced justice at the Nuremberg trials and was convicted of war crimes and crime against humanity. He committed suicide in prison before he could be hanged. In this book, Manvell and Fraenkel bring to life one of history's most complicated and hated characters.