Invalid Citizen and Other Stories, The 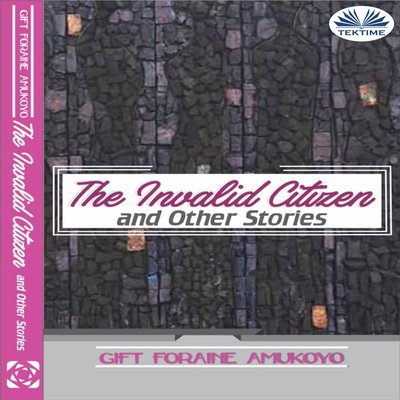 Invalid Citizen and Other Stories, The

The Citizen Journalist- We often forget how much power the bureaucrats have over the media. The first step towards population control is to control the media. It gives you power over public perception. The corruption in these areas is worse than ever. This story is extremely relevant to the corruption and politics that currently exists within the United States. I`m with Kola on this, there should be only one way to report the news – the truth.

The Invalid Citizen- Another poignant and politically motivated story. In our greed, expansion, and desire for innovation we often overlook the consequences on the environment. It is easier to forget the extent of this when you live in an urban area that has been developed for centuries.

A woman was in labour. Some people on the street could hear her screams. Those who could empathize with the excruciating pains she must be feeling took some moment to say a little prayer for the patient while others spared glances at the hospital.

After hours of prodding labour, the nurses and doctor delivered the woman of a baby boy. The baby was very big. The woman had a big tear in her vagina. She bled irrepressibly. She fainted several times and the doctor reinstated her with shocks. She was losing lot of blood. She was a believer that blood transfusion was not of God. Her husband prayed for God‟s intervention.

“Mr Jason, you need to agree to this transfusion in order to save your better half. You do not want your first child and this new born to be without their mother,” Doctor Greg said.

Mr Jason pondered for some minutes. “No, I do not want to lose my wife. I cannot bear it. Please give her a blood transfusion,” he said.

Mrs Jason was adamant, “Jason, why are you of little faith? I don‟t want a blood transfusion.”