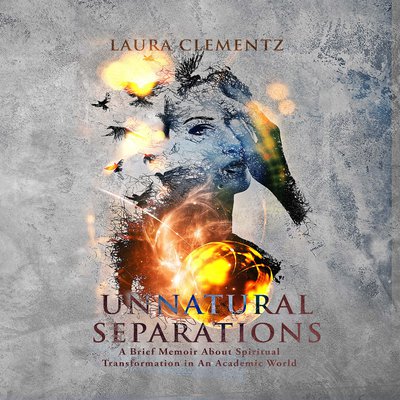 A Brief Memoir About Spiritual Transformation in An Academic World

A Vivid Dream of the Divine....

I was finishing my master's degree in philosophy when I had an extraordinary dream about the reflective nature of the universe. The dream showed the heavens or the Divine turn golden and rearrange as a reflective golden sphere in the middle of the universe with arms of golden pearl strings reflecting back each and every other one. Once in motion, they made a humming sound that penetrated my entire body. The dream provoked both awe and fear, forcing me to question my own beliefs and years of studies.

A dream rejected but impossible to ignore.

As I immersed in a career in health care, I applied philosophical based theories of knowledge to the vast education needs of healthcare providers, only to find a lack of interest. I started to work on my own theories, and with insight about knowledge generation images from the original dream returned during my sleep. This time excitement was intermingled with awe and fear. I began to understand this as part of an intense creative process alongside a growing awareness of being part of something far greater than I previously had imagined.

A dream of flight...

As I continued working in clinician education which included topics of anthropology and evolution, I embraced the concept of an evolving Divine located within the universe. I felt a love like I didn't even know existed. A love that felt like it was bursting from my chest. It was just as confusing as it was pleasurable since I wasn't certain of its source, although it seemed to be from and for all sources, great and small.

The quest came full circle through slowing down from the stressful of regular life to return to the interconnection of all things through deeply observing nature. Then I was able to truly understand, the Divine is within the universe and evolving with all that exists. That all things have a piece of the Divine within them and at the same time the Divine's energy permeates any remaining space. Then each thing is so completely connected to the other they form reflective relationships. And that the only lasting theory of knowledge is defined by the creative process to surface novel conclusions.