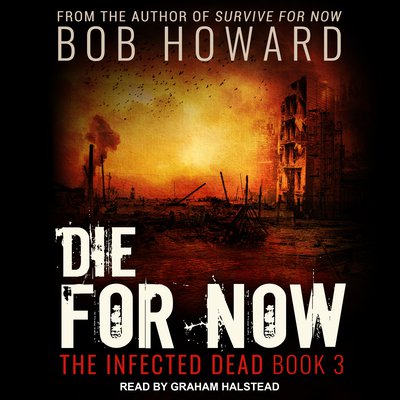 No one can be totally prepared for a zombie apocalypse. No matter what preparations are made, some flaws can only be overcome by luck. When a group of well funded people decided years before to prepare for the end of civilization by building impenetrable shelters, they unknowingly left a legacy for a small band of survivors. Hordes of infected dead have swarmed across the world and destroyed civilization. Most of the world's population is dead, yet some people are determined to cling to life and are given a second chance when they learn the secrets of those shelters.

On the coast of South Carolina and in the harbor of the beautiful city of Charleston, this small band of survivors is once more faced with the hard choices and risks they are forced to take. They can either hide in the safety of their impenetrable shelter on a small island, or they can fight back against the end of the world. Along the way they must hang onto their humanity while evolving to match the brutality of the new world.

When they discover a massive shelter in Charleston that dwarfs their own shelter on Mud Island, they take one small step closer to giving the world back to the living.

This is the continuing story of their fight against the infected dead and against the living who would try to take from them what they have.