Ghost by the Billabong (The Matilda Saga, #5), The 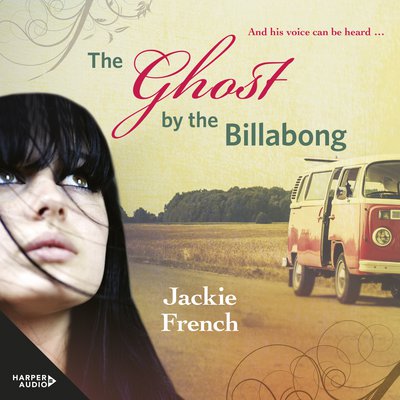 Ghost by the Billabong (The Matilda Saga, #5), The

The fifth title in the sweeping Matilda Saga

Hippies wear beads, demonstrators march against the Vietnam War, and the world waits to see the first human steps on the moon's surface.

But at Gibbers Creek, Jed Kelly sees ghosts, from the past and future, at the Drinkwater billabong where long ago the swaggie leaped to his defiant death.

But is seventeen-year-old Jed a con artist or a survivor? When she turns up at Drinkwater Station claiming to be the great-granddaughter of Matilda Thompson's dying husband, Jed clearly has secrets. As does a veteran called Nicholas, who was badly wounded in the Vietnam War and now must try to create a life he truly wants to live, despite the ghosts that haunt him too.

Set during the turbulence of the late 1960s, this was a time when brilliant and little-known endeavours saw Australia play a vital role in Neil Armstrong's 'one giant leap for mankind' on that first unforgettable moon walk.

The fifth title in the highly acclaimed Matilda Saga, The Ghost by the Billabong is a story of deep conflicts and enduring passions - for other people, for the land, and for the future of humanity.

PRAISE FOR THE MATILDA SAGA

'An engrossing mystery story, an ode to strong women, and a moving exploration of the private wounds we carry ... The Last Dingo Summer is a must for your summer reading list' - Better Reading

'The perfect read for anyone who loves immersing themselves in Australian fiction. Gripping, emotional and moving, Facing the Flame is a great book to curl up with on a warm spring night' - New Idea

'Highly recommended ... this was a complete binge, read in one night because it was just too good and too gripping to put down ... a cracking story filled with rich characters both old and new and imbued with all that we hold dear about Australian love of country and mateship' - ReadPlus