Seven Steps from Snowdon to Everest 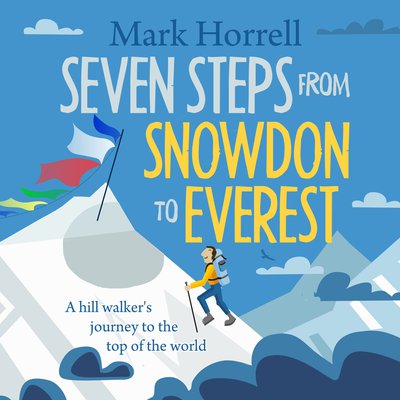 Seven Steps from Snowdon to Everest

A hill walker's journey to the top of the world

As he teetered on a narrow rock ledge a yak’s bellow short of the stratosphere, with a rubber mask strapped to his face, a pair of mittens the size of a sealion’s flippers, and a drop of two kilometres below him, it’s fair to say Mark Horrell wasn’t entirely happy with the situation he found himself in.

He had been an ordinary hiker who had only read books about mountaineering. When he signed up for an organised trek in Nepal with a group of elderly ladies, little did he know that ten years later he would be attempting to climb the world’s highest mountain.

But as he travelled across the Himalayas, Andes, Alps and East Africa, following in the footsteps of the pioneers, he dreamed up a seven-point plan to gain the skills and experience which could turn a wild idea into reality.

Funny, incisive and heartfelt, his journey provides a refreshingly honest portrait of the joys and torments of a modern-day Everest climber.