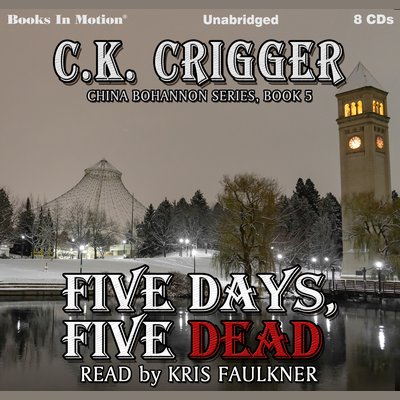 Sepp Amsel, a fabulously successful gambling hall and saloonkeeper entrepreneur, is about to become the bridegroom in the most public wedding ever to take place in wild and woolly Spokane, Washington. He wants to engage China's detective services when his fiancée’s sister is kidnapped, and a substantial ransom demanded. There's just one problem. The client thinks it's possible he's being bamboozled because things don't quite add up. Only days remain for China to figure out why the sister was snatched and not the bride. But the clock is ticking. Worse, it isn't long until murder becomes part of the equation. First a bellhop, then a tailor. Who will be next? China had better find out soon, before she, too, becomes a target for murder.