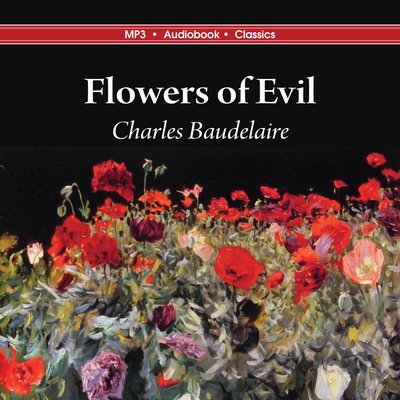 The Flowers of Evil (Les Fleurs du Mal) is a collection of poems by Charles Baudelaire influential on several levels. Fellow artists were impressed and unsettled when it was published in 1857; one described the effect as “immense, prodigious, unexpected, mingled with admiration and some indefinable anxious fear”. Admirers included Victor Hugo and Gustave Flaubert, who wrote “you are as unyielding as marble and as penetrating as English mist”. The general public, however, was scandalized by the themes of sex and death and frank treatment of subjects such as lesbianism, which led to a prosecution of Baudelaire, his publisher and printer for offenses against publish morals. The conviction resulted in a fine and the removal of six poems. A second edition was released in 1861 that deleted the offending poems and added 35 poems, including a new section, Parisian Scenes, which described the effects of modernization symbolized by the identical streets and buildings taking shape during the renovation of Paris and a resulting alienation and estrangement as well as a sense of loss. On a stylistic level, the collection introduced a kind of highly ordered prose poetry and the use of a cynical and ironic voice that broke with Romantic traditions by acknowledging moral complexity, urban corruption, loss of innocence, and indulging in sensual and aesthetic pleasures. The work captures the fleeting sense of life and beauty in the emerging urban industrial world for which Baudelaire coined the term modernity and has had a lasting influence that continues to be an inspiration to this day.