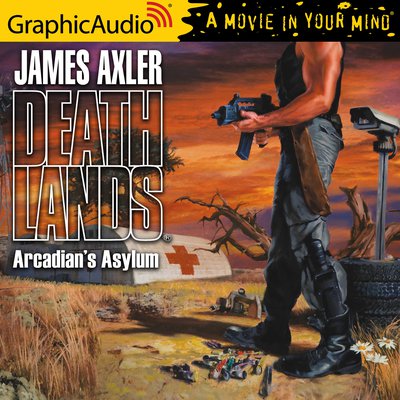 The brutality of post-nuclear America has spawned a dark frontier where the harsh and unforgiving new rules of existence cannot obliterate the decency and determination that drive the true human spirit. It's tested and tormented but never destroyed. A lust for power and a strong sec-force are the basic requirements of any Deathlands baron. But brilliant, charismatic Baron Eugene Arcadian has bigger visions than simply a monopoly on jack and trade. He wants the future. Turning his ville into the nascent heartbeat of the new civilization would require the help of Ryan Cawdor and his warrior group. But for these unwilling participants, the endgame of their enigmatic host remains hidden in the secret maze of laboratories beneath Arcady, where a new terror is about to be reborn.... In the Deathlands, always watch your back.