Devil in the Moon [Dramatized Adaptation] 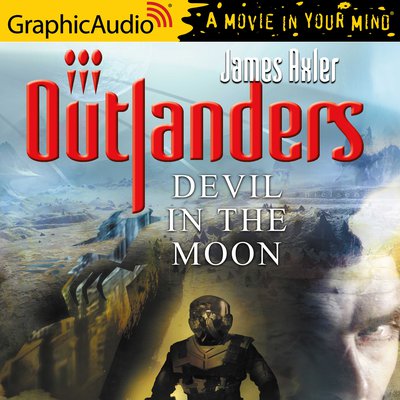 Devil in the Moon [Dramatized Adaptation]

Two centuries after a nuclear conflagration destroyed one way of life and spawned a far deadlier one, all that stands between extinction of the human race and freedom is a band of renegades who have declared war against the ominous forces that claimed Earth aeons ago. More than a struggle for survival, it is a fight to salvage the collective soul of humanity from the sinister architects of mankind. As the ruling oligarchy of nine barons rebuilds what was once the United States after an internecine war for power, a mysterious entity is attempting to impose a dark destiny on Earth. Kane and Grant, once part of the brutal police machine of a feudalistic order, are now leaders in a rebellion by those who once served the malevolent imposers. But the tides of battle turn once more with the discovery of a functional pre-dark moon base, whose human defenders are all that stand between Earth and its obliteration. (The Dragon Kings - Book #1 of 2)