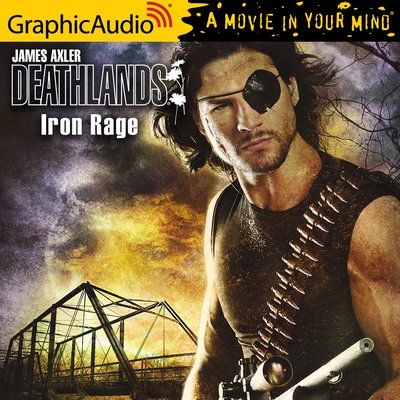 Since the nukecaust, the American dream has been reduced to a daily fight for survival. In the hellish landscape of Deathlands, few dare to dream of a better tomorrow. But Ryan Cawdor and his companions press on, driven by the need for a future less treacherous than the present. Pulling sec duty aboard a steamboat on the mighty Sippi is a welcome reprieve for Ryan and his friendsuntil armored warships reduce their vessel to a burning husk. Abruptly stranded in a nightmarish, poisonous swamp, fighting off crocodiles and muties, the companions and their crew of allies get to work building rafts. Their escape route, however, is swiftly intercepted, and they learn they've sailed into the middle of a fierce conflict between two villes fighting over the iron trade. The companions don't seem to stand a chance against the fleets of ironclad gunboats. But in Deathlands, even the underdog can bite back