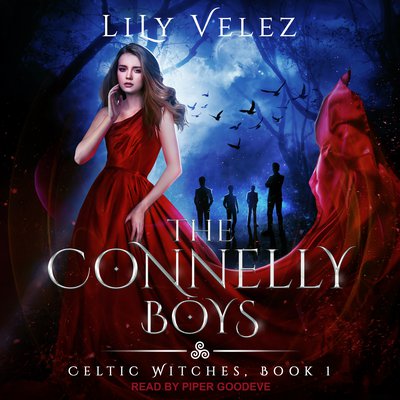 Witches, magic, mystery, and adventure. The Secret Circle meets Shadowhunters in this addictive new dark fantasy you won't be able to put down!

When seventeen-year-old Scarlet Monroe arrives to the sleepy seaport town of Rosalyn Bay, Ireland, the last thing she expects is to get tangled up in the dark and mysterious world of Jack Connelly.

Popular, wealthy, and devastatingly beautiful, Jack and his three brothers have effortlessly cast a spell on just about everyone at school. There's just one problem: their family's cursed. At least that's what all the local superstitions say.

But when Scarlet inadvertently banishes a demon while trying to save Jack's life, unleashing powers she didn't even know she possessed, she quickly realizes curses are the least of her worries.

Now with demons hunting her down and dormant magic awakening within her, Jack Connelly may very well be the only one equipped to help her.

Especially when she discovers the truth of who and what she really is . . . and how she might be all that stands between an ancient evil and the fate of everyone she loves.