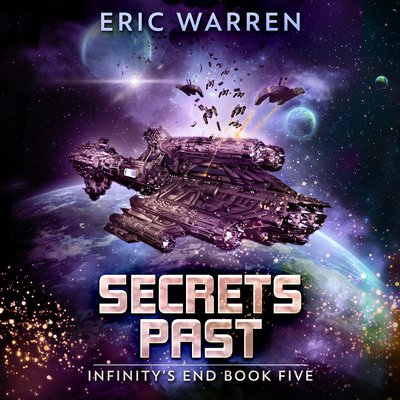 Beyond the Edge Things get Weird.

Having barely survived their encounter with the mysterious race known only as Andromeda, the crew of the USCS Tempest now must find a way to repair the ship if they ever want to get back to the Coalition to warn them of what’s coming. Their comms are down, their engines are shot and unless the god Kor himself makes an appearance, they’ll have to rely on local help if they want a way out of this mess.

But finding friendly species in an uncharted region of space is easier said than done. They’ve already captured one pirate attempting to take advantage of their ship and have spent the last few weeks fending off even more. If this doesn’t let up soon, there won’t be anything left of the Tempest to save.

However, their new prisoner offers a solution. He knows where to find exactly what they need, if they’re willing to let him out. If that weren’t enough, he knows where they can find out more about Andromeda before returning to the Coalition. The catch is they have to put their trust in a bunch of strangers they know nothing about.