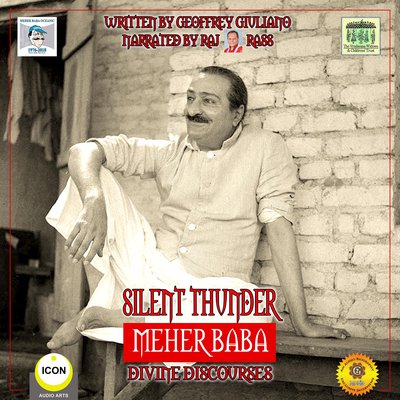 Meher Baba, took up his avataric duties early in 1922 after seven years of intense work with the five Perfect Masters of the time. Hazrat Babajan of Poona, initiated his spiritual awakening in January, 1914, by kissing him on the forehead. Almost immediately he entered into a state of mind out of touch with normal consciousness. Dazed and apparently insane, he made his way during the next year to Shirdi Sai Baba, the chief of the five Perfect Masters, who acknowledged him publically as the Sustainer of the Universe, and sent him to Upasni Maharaj. As soon as that master saw the young man approaching, he picked up a stone and threw it with great force. It struck him on the forehead exactly where the old woman had kissed him. Thus began al five-year process of regaining normal consciousness while retaining his divine state. During the 1920's he gathered his inner circles of disciples while founding a spiritual community in Ahmednagar, India, with schools, hospitals and other projects. In the middle of the decade he became silent and never again uttered a word. For 44 years he communicated by spelling words on an alphabet board and through hand gestures. He became well known in the West during the 1960's by opposing the use of LSD in the quest for spiritual experiences. In the last years he largely withdrew and intensified his work in seclusion, announcing in the fall of 1968 his work was completed 100% to his satisfaction. On January 31, 1969, one month before his 76th birthday, he left his body, which now lies in the tomb near Ahmednagar, a place of pilgrimage for those who love him. Production executive Avalon Giuliano in London ICON Intern Eden Giuliano in Delhi Music By AudioNautix With Their Kind Permission ©2020 Icon Audio Arts (P) 2020 Icon Audio Arts LLC