If Blood Should Stain the Wattle 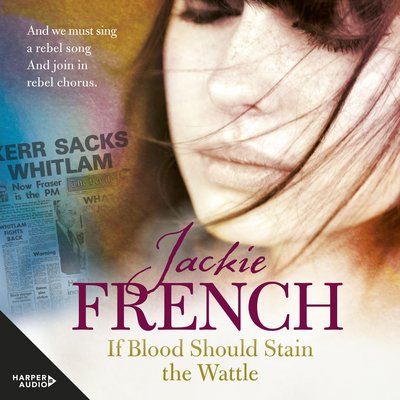 If Blood Should Stain the Wattle

As political ideals drift from disaster to the dismissal, it's also time for Jed Kelly to choose between past love, Nicholas, the local Labor member, and Sam from the Halfway to Eternity commune. It's time, too, for Matilda Thompson to face her ghosts and the life that took a young girl from the slums of Grinder's Alley to being the formidable matriarch of Gibber's Creek.

During this period of extraordinary social change and idealism, modern Australia would be born. And although the nation would dream of a better world, it would continue to struggle with opposing ideas of exactly what that better world might be.

Jackie French, author of the best-selling To Love a Sunburnt Country, has woven her own experience of that time into an unforgettable story of a small rural community and a nation swept into the social and political tumult of the early 1970s.

A time that would bear witness to some of the most controversial events in Australian history; and for Matilda, a time that would see her vision made real, without blood spilled upon the wattle.