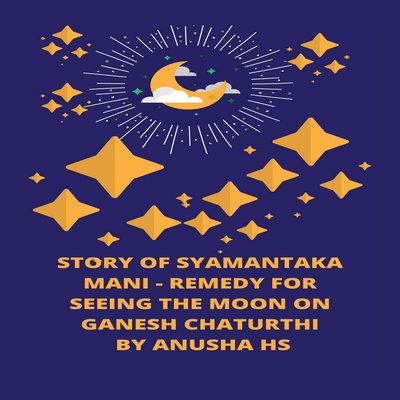 Remedy for seeing the moon on Ganesh Chaturthi

Lord Ganesh wards off obstacles in his devotees life. Before starting any work he is the God who has to be worshipped first. The endearing elephant God known by many names is believed to bring good fortune and remove obstacles. The elephant head represents immense wisdom and perfection. The big ears represent always willing to listen to new ideas. The small mouse represents our desires which should be small enough and also indicates that we should not be greedy.

Lord Ganesh has four hands in one of his forms in which he is holding noose, hook modaka which is a kind of a sweet which is believed to be very dear to lord Ganesh and an axe. Devotees of Lord Ganesh worship the god by offering him “laddu” and “Durva” grass.

It is said that anyone who looks at the moon on Ganesh Chaturthi day will incur the curse of lord Ganesh. If anyone sees the moon on Ganesh Chaturthi by mistake they will undergo false blame put on them and they will be inviting insult. It is said that those who read the story of syamantakamani will be freed from the curse of lord Ganesh.

Syamantakamani was gifted to an ardent devotee of lord Sun whose name is Satrajitu. The lord Sun was pleased by the penance performed by Satrajitu. Afterwards his brother Prasena takes the jewel when he goes for hunting. Later that jewel goes into the hands of a lion which was killed by Jambavanta who was a great devotee of Lord Rama.