In the Dark of War 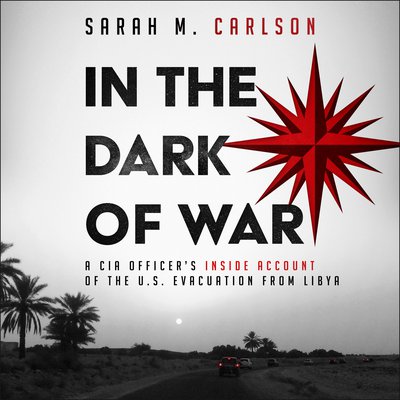 In the Dark of War

A CIA Officer's Inside Account of the U.S. Evacuation from Libya

A CIA officer's inside account of how Libya's descent into rampant violence precipitated the harrowing overland evacuation of the entire US mission from Tripoli after being trapped in the city for weeks.

Most of the world is aware of the tragic events surrounding the 2012 attacks in Benghazi, Libya, that killed four Americans. Most are also aware of the resulting political controversy in Washington. But few know what happened next in Libya. While said controversy in Washington subsided, the volatility in Libya escalated—threatening the brave men and women who remained behind to continue the US mission.

In this dramatic retelling of dangerous attacks threatening the US mission in Tripoli, Libya—less than two years after Benghazi—American valor and courage prevailed. The US personnel and intrepid operators stood fast as militias clashed, suicide bomb attacked, and numerous threats and kidnappings closed in on their location. In the midst of it all, the intelligence and determination of one woman with unwavering faith played a pivotal role in saving them all . . .