Wildest of the Wild West 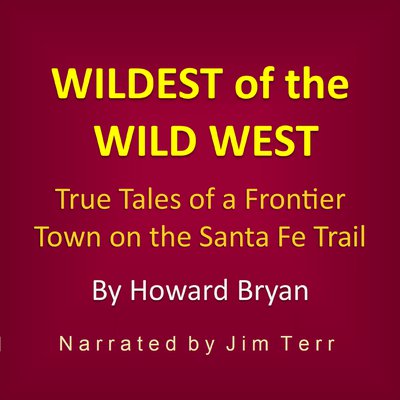 Wildest of the Wild West

True Tales of a Frontier Town on the Santa Fe Trail, forward by Max Evans

Violence and treachery abounded, but also heroism, ingenuity, and low and high comedy.

Jesse James, Doc Holliday, Kit Carson, Billy the Kid, even Abraham Lincoln and Lew Wallace and scores of other famous and infamous characters all played parts in the story of the roughest town on the frontier! (Historian Ralph Emerson Twitchell once claimed regarding the Old West, "Without exception there was no town which harbored a more disreputable gang of desperadoes and outlaws than did Las Vegas.")

Incredible stories of a railroad town -- and a "police force" -- totally out of control. Most of your favorite famous outlaws spent time in "Vegas," as well as an even more violent, devious bunch you probably didn't know.

All told by noted historian and master storyteller, Howard Bryan, with an introduction by Max Evans.