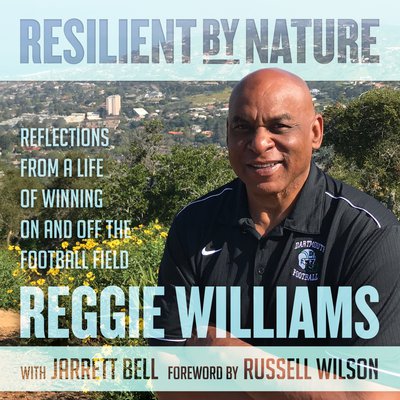 This amazing memoir follows the story of Reggie Williams—ex-NFL linebacker, former Disney executive, renaissance man, and the epitome of determination in the face of extreme challenges.

"Don't look at their eyes."

That was the advice the great Jim Brown gave to Reggie Williams as they prepared for a meeting with members of rival Los Angeles gang members at an ultra-secret location.

Williams needed to strike an accord with the "Bloods" and the "Crips" if the youth education center he was establishing in South Central LA would ever stand a chance of succeeding in the aftermath of the Rodney King riots . . . with the NFL on the verge of making it to the Super Bowl.

Thanks to an assist from Brown, arguably the greatest player in NFL history, Williams survived the meeting that led to an agreement from the gangs that the community center would be off-limits.

In Resilient by Nature, Williams reveals an array of classic episodes from his journey that share a common thread—the ability to adapt to change and extreme challenges . . . including the battle to save his right leg.

Look in his eyes and you'll see Williams as a walking inspiration.