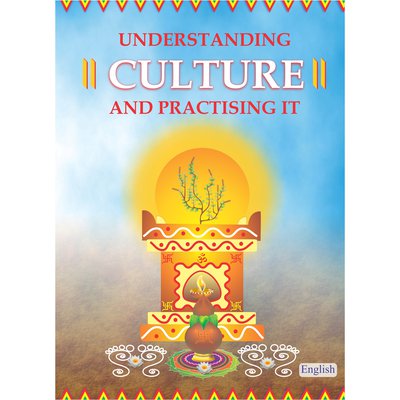 Every culture has certain beliefs, traditions and rituals that are practised at the individual as well as social levels and handed down through generations. However, in the modern and scientific world we have lost sight of their importance and stopped practising them, thus depriving ourselves of their benefits. Pujya Guruma writes a regular column in Madhuchaitanya named ‘Understanding Culture and Practising It....’ She explains the obscure truths in Indian and other cultures to the readers in simple words, so that they can understand and accept this invaluable knowledge and preserve it. This booklet is a collection of the same articles. We hope the readers will enjoy reading it.

NOTE: Pujya Guruma’s column ‘Sanskruti Samjhe Aur Apnaye’ first appeared in the Hindi issue of Madhuchaitanya – AMJ-2004. Thereafter, the English translation of the articles appeared as ‘Understanding Culture and Practising it’ in the English Madhuchaitanya issues from OND – 2004 onwards. The same articles were published simultaneously in both Hindi and English from the JAS – 2006 issue onwards.