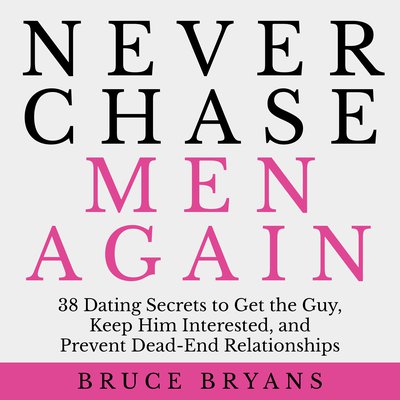 38 Dating Secrets to Get the Guy, Keep Him Interested, and Prevent Dead-end Relationships

If a man doesn't take you seriously, he may feel compelled to have a good time with you. Unfortunately this good time will last until you finally realize you're being taken for a ride or until Mr. Time Waster ultimately moves on to a woman he REALLY wants.

In cases like this, what a woman really requires are two things: a healthy amount of self-respect and a set of "player-proof" dating rules that will allow her to make wise dating decisions as she navigates the treacherous territory of finding Mr. Right.

This audiobook was designed to show women how men appraise female behavior in order to determine a woman's level of self-respect and therefore her value as a romantic partner. Inside it you'll discover the timeless seduction secrets and dating rules to help you avoid the dating mistakes that could make a woman appear desperate, needy, commonplace, or even unqualified for a serious commitment to a great guy.

In this audiobook, you're going to learn:

- The most powerful form of male seduction that can KEEP a woman helplessly "addicted" to chasing a man.

- How to keep a man interested by doing the one thing MOST women are terrified of doing when they find a great guy.

- How to rebuff undesirable male behavior and get the guy you want to either take you seriously or take a HIKE!

- A simple ego-popping phrase that burns into a man's memory, keeps you STUCK on his mind, and makes him DESPERATE to see you again.

- How to seduce a man and MELT his heart by overwhelming him with the ONE THING only the RIGHT woman can give him.

Get started now, and discover how to get the guy and keep him interested in you without playing games.