For Duty and Honor 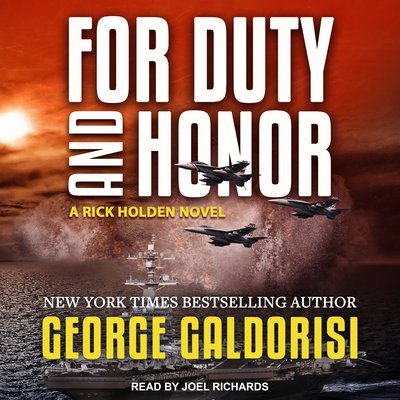 For Duty and Honor

THERE IS DUTY. THERE IS JUSTICE. AND THEN THERE IS VENGEANCE . . .

In the volatile waters of the Arabian Gulf, the USS Carl Vinson Strike Group—under the command of Admiral Heater Robinson—stands ready to unleash the full fury of a nuclear aircraft carrier against America's enemies. When it becomes clear that the government has no intention of punishing the murderers, Robinson decides to take justice into his own hands, no matter what the cost.

As a storm of terror descends upon the United States, CIA operative and US Navy SEAL Rick Holden faces a moral dilemma of his own. The military elite in Washington have chosen Holden to halt the cycle of madness.