Quantum Physics for Beginners Who Flunked Math And Science 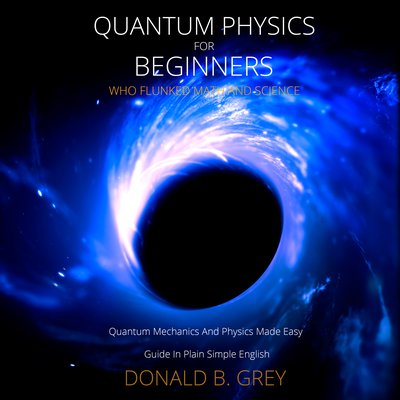 Quantum Physics for Beginners Who Flunked Math And Science

Written By: Donald B. Grey

Have you ever wondered where we come from—like where we really come from and what we are made of?

Have you ever wondered if, let’s say, teleportation is possible, or if we will ever learn more about the Universe than we already do?

Have you ever asked yourself what was Albert Einstein’s true contribution to the science of the 20th century and whether or not there were other scientists just as smart as him, but less frequently mentioned in frequent discussions?

Quantum mechanics and the history of quantum theory might have all these answers for you and much, much more than you can even imagine.

Download Quantum Physics for Beginners Who Flunked Math and Science today and learn more about:

●      Neutrinos and why, although incredibly small, they are essential for our knowledge-seeking endeavors

●      Quantum entanglement and how it might make teleportation possible

●      What quantum physicists are attempting to do these days

Step into a fascinating world that might not have ALL the answers just yet, but might as well be on its way to finding them!