Myth of Mental Illness, The 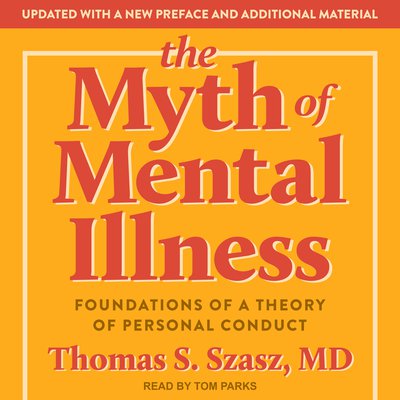 Myth of Mental Illness, The

Foundations of a Theory of Personal Conduct

The fiftieth anniversary edition of the most influential critique of psychiatry every written, with a new preface on the age of Prozac and Ritalin and the rise of designer drugs, plus two bonus essays.

Thomas Szasz's classic book revolutionized thinking about the nature of the psychiatric profession and the moral implications of its practices. By diagnosing unwanted behavior as mental illness, psychiatrists, Szasz argues, absolve individuals of responsibility for their actions and instead blame their alleged illness. He also critiques Freudian psychology as a pseudoscience and warns against the dangerous overreach of psychiatry into all aspects of modern life.