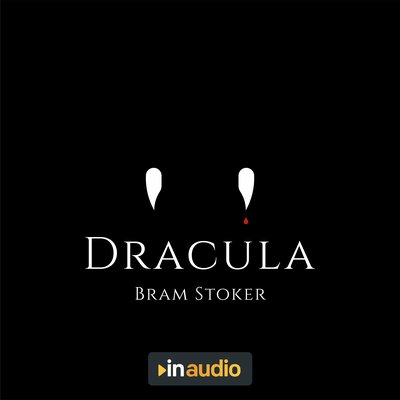 Experience the vampire that started it all in InAudio’s unabridged presentation of Dracula by Bram Stoker.
While there have been many famous vampires in modern media, none are as well known as Dracula, the modern introduction to the blood-drinking creatures of the night. In this epistolary horror novel, readers are introduced to Count Dracula as he attempts to move to England to find new prey and create new vampires. He is thwarted by Abraham Van Helsing, a doctor who sees Dracula’s victims and gathers hunters to fight against the growing team of vampires.
With elements of suspense and Gothic horror, and themes of colonialism, religion, sexuality, and the line between life and death, Dracula is surely a tale for the ages.