Video Palace: In Search of the Eyeless Man 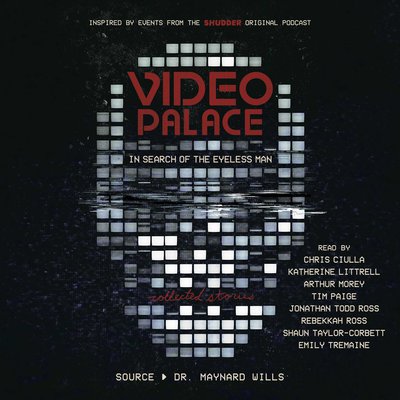 Video Palace: In Search of the Eyeless Man

A collection of chilling stories from the leading writers in horror and suspense exploring elusive urban legends.

In the popular podcast Video Palace, Mark Cambria, aided by his girlfriend Tamra Wulff, investigated the origins of a series of esoteric white videotapes. Cambria went missing in pursuit of these tapes, but not before hearing whispers of an ominous figure called the Eyeless Man.

Fascinated by the podcast and Cambria's disappearance, Maynard Wills, PhD, a professor of folklore, embarks on his own investigation into the origins of the tapes and the Eyeless Man, who he believes has lurked in the dark corners of media culture and urban legends for at least seventy-five years. As part of his study, he has invited popular writers of horror and gothic fiction to share their own Eyeless Man stories, whether heard around the campfire or experienced themselves.