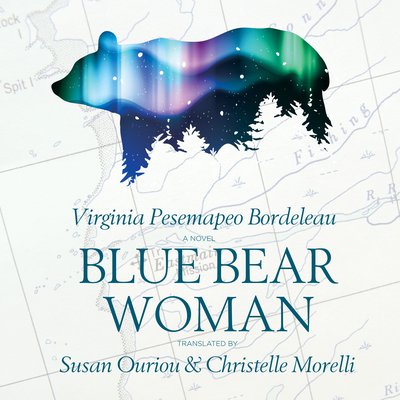 Blue Bear Woman or Ourse bleue is the first novel in Quebec written by an Indigenous woman. The story of a young Cree woman’s search for her roots and identity, this is also the author’s debut novel, originally published in 2007, and it will be her second book to be published in English. The novel has been described as a “texte de resistance”, showing contemporary Indigenous life and the impact on the Cree of the building of the Eastmain dam in northern Quebec, posited as “virgin” territory, yet which has actually been part of the Cree traditional territory since time immemorial. In search of her roots, Victoria takes a trip to the country of her Cree ancestors with her companion, Daniel. It is a long journey to the north along the shores of James Bay. Colours, smells, and majestic landscapes arouse memories that soon devolve into strange and hauntings dreams at night. In bits and pieces, uncles, aunties, and cousins arrive to tell the story of Victoria’s family and bring with them images of her childhood that are tinged both with joy and sadness. Guided by her totem, the Blue Bear, she returns home to make peace with her soul, as well as release the soul of her great-uncle, a hunter who has been missing in the forest for over twenty years.