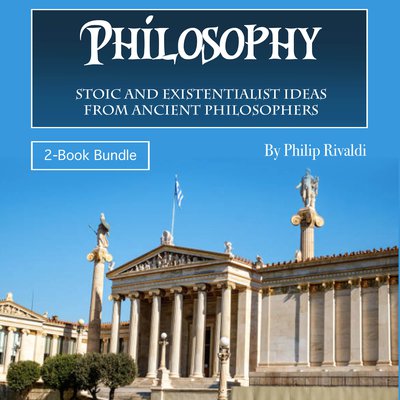 The following topics are included in this 2-book combo:

Book 1: In this book, you will find information about five different philosophers, some of them well-known, others less. But all of them had a significant impact on the ancient world and how people thought, as well as some of our modern-day ideas.

The first in line is Marcus Aurelius, a stoic emperor who reigned with righteousness and justice, according to historical records.

The second is Hipparchia, a cynic who broke through traditions and took a second look at society and its principles.

Third is a somewhat better-known historical figure called Heraclitus of Ephesus. This Greek thinker who noted that “life is flux”, meaning that all things change constantly.

Fourth is Diogenes of Sinope, a Greek philosopher who was known for holding a candlelight to people’s faces in search for honest people. His studies in Athens have left their mark.

Book 2: The philosophers from the east (China, other countries in Asia, etc.) have many things in common with the ancient philosophers in the west (Greece, Eurasia, etc.). But there are differences too.

In this guide, we will highlight and compare some of these differences and similarities. Some other chapters are devoted to several philosophers from both regions in the world, namely Pythagoras, Mo Ti, and Aristippus of Cyrene. Along with this, you will learn about general traditions, thinking patterns, and much more.

Go ahead and take a look!