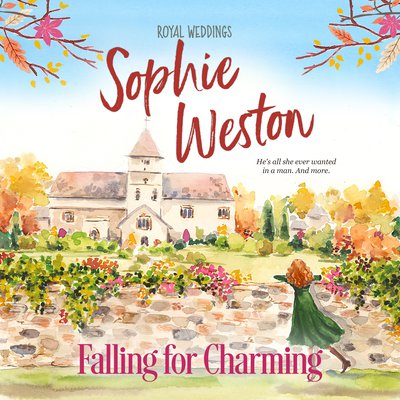 Hope Kennard left Hasebury Hall—her ancestral home in Wiltshire—to travel the world in search of new and exciting adventures. Freedom suits her, right up until she ends up in the sunkissed island principality of San Michele and meets mysterious forest ranger Jonas Reval. He’s as secretive as she is skittish, but he’s also everything she’s ever wanted in a man.Jonas knows all about duty and the burdens of marrying to meet family expectations. But he can be himself around Hope, and he sets about wooing her without taking advantage of all the considerable resources at his disposal. It’s just him and her. And what’s more, it works—right up until Hope discovers that one pesky little detail he’s sort of forgotten to mention. He isn’t just a part-time forest ranger and integral member of the family law firm. He’s charming, lying Prince Jonas Reval of San Michele. And the fantasy Hope’s been spinning comes tumbling down.