Wake Me Up Before You Go-Go - A Justice Security Novel 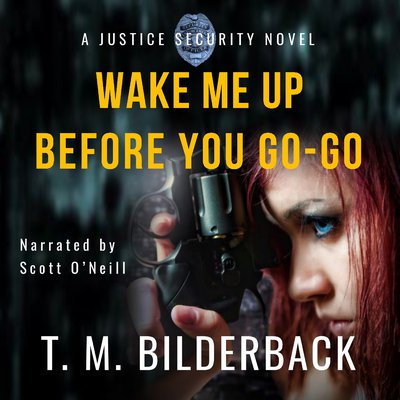 Wake Me Up Before You Go-Go - A Justice Security Novel

Tonight, Joey Justice and Misty Wilhite have turned up in the rotation, along with up-and-comers Brandon King and Patty Ferguson. As Joey and Misty arrive, Joey goes inside, and Misty returns to the car for a forgotten item. While she's at the car, the club is taken over by a large force of armed men, and the exits are sealed.

Inside, the true owner of the club is revealed to be Justice Security's mortal enemy, the Mexican drug cartel leader Esteban Fernandez, who, by telephone, threatens to kill the club patrons unless Joey gives himself up and brings Misty inside.

Trapped inside the club with two hundred innocent people during a deadly cat-and-mouse game, Joey and his four grunts do their best to keep everyone safe and not get caught. But, with time running out, can he save everyone?

Inspired by the hit song, and taut with suspense, T. M. Bilderback's Wake Me Up Before You Go-Go will keep you on the edge of your seat!