Historical reflections of Physics: from Archimedes, ..., Einstein till present 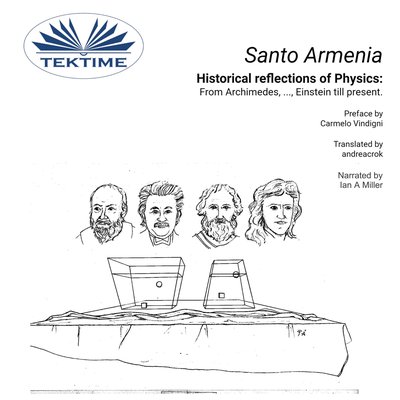 Historical reflections of Physics: from Archimedes, ..., Einstein till present

Narrated By: Ian A Miller

This is the fourth work of a tetralogy which gives birth to the pursuit of the Truth: the first work is ”Galileo and Einstein”, the second work is ”Archimedes”, the third work is ”Archimedes - Galileo - Newton - Einstein”. This fourth work aims to underline the perpetuating millennial mistake which consists of considering the weight unalterable and unchanging compared to the shape of the body itself. Together with this mistake, it is underlined how two mistakes of the Scientific Community, made in the last forty years, are added. The first consists in deciding to use the same scales used previously to measure the body weight to measure the body mass. The second, starting from the 20th May 2019 when redefining the fundamental physical quantities, is related to the kg mass for which it hasn’t been fixed a standard sample, nor the fabric or the sizeable shape.