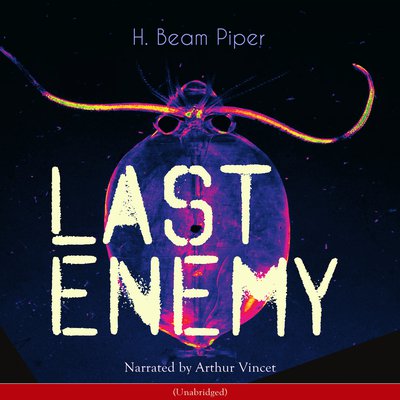 Last Enemy is a science fiction story written by H. Beam Piper, and is a part of his Paratime series. The title is a reference to 1 Corinthians15:26, "The last enemy that shall be destroyed is death." (KJV) It made its first appearance in August 1950, in Astounding Science Fiction magazine (now Analog). The story begins at a dinner party given by Garnon of Roxor. The party is a voluntary discarnation feast, or suicide party. Garnon has been planning his discarnation for years, but has decided to proceed now, to assist in the scientific experiment of Dallona of Hadron. Immediately after Garnon's death, a nearby sensitive, already placed in a hypnotic trance, begins to channel Garnon's spirit, giving proof positive that disincarnate individuals are fully conscious, telepathically sensitive, capable of telepathic communication, and capable of exercising choice in the vehicle for their reincarnation... This is only the beginning and the premise of a dizzyingly complex tale!