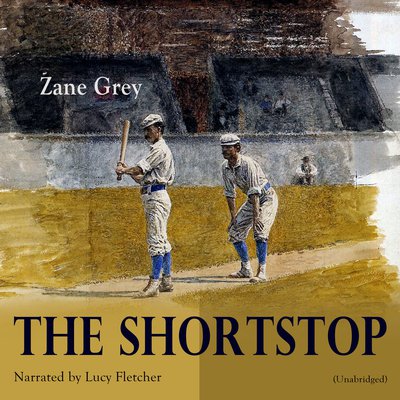 The Shortstop is a novel by Zane Grey—a baseball insider—about a 17 years old boy, who fights his way to success, and saves his mother and brother out of poverty. Excerpt from the book: "I am going to be a baseball player." He waited quietly for her refusal, her reproach, her arguments, ready to answer them one by one. "I won't let you be a ball player." "Mother, since father left us to shift for ourselves I've been the head of the house. I never disobeyed you before, but now—I've thought it out. I've made my plan." "Bah. Players are good-for-nothing loafers, rowdies. I won't have my son associate with them." "They've a bad name, I'll admit; but, mother, I don't think it's deserved. I'm not sure, but I believe they're not so black as they are painted. Anyway, even if they are, it won't hurt me. I've an idea that a young man can be square and successful in baseball as in anything else. I'd rather take any other chance, but there isn't any."