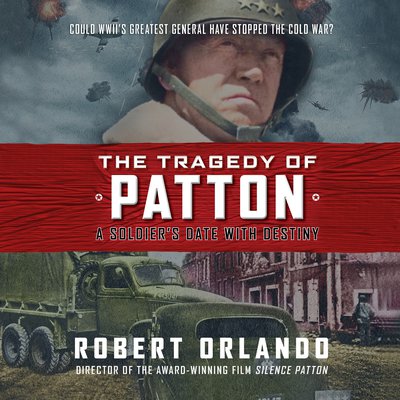 First Victim of the Cold War

General George S. Patton was America's antihero of the Second World War. Driven by an innate sense of duty, both to his family’s great military tradition and to his country, he was fixated on the notion of reaching the status of a military legend and driven by outdated notions of honor. Simultaneously brilliant and deeply flawed, he could be daring and noble and then petulant and cruel, lacking in the diplomatic grace and tact that defined many of his contemporaries. Nevertheless, he was the kind of guy the Allies needed to get the dirty work done on the ground, all the while also being the kind of guy they wanted to get rid of or silence once the fighting was over. Outspoken about the conduct of the war and eager to identify the Soviet Union as the next great threat to American democracy and world peace, he was relieved of command, and he vowed to “take the gag off” after the war and tell the intimate truth about controversial decisions. In this historical analysis, Robert Orlando explores whether a man of such flawed character could have been right about his claim that the Cold War was inevitable and investigates the questions that still abound about Patton’s rise and fall—including his suspicious death.