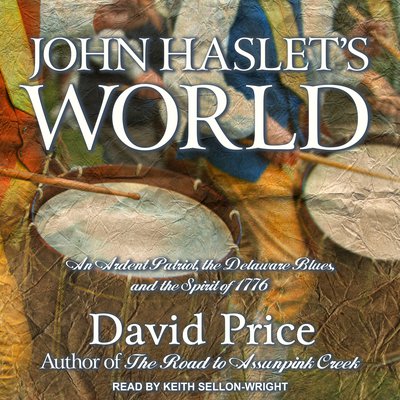 An Ardent Patriot, the Delaware Blues, and the Spirit of 1776

From David Price, author of The Road to Assunpink Creek, follow along on the journey of Delaware's Revolutionary War hero, John Haslet, and the legendary regiment he commanded during the 1776 campaign of George Washington's army.

This is the story of Colonel John Haslet, an Irish immigrant to the American colonies who made the ultimate sacrifice while fighting for his adopted country. During this pivotal moment in America's war for independence against Great Britain, a newborn nation struggled to survive against a militarily superior force deployed by a mighty empire.

This is also a chronicle of the inspirational leadership and service of the Delaware Regiment that Haslet formed and guided, told as part of a more wide-ranging narrative about the 1776 campaign of Washington's army. That battered but resilient force faced the prospect of total defeat in the winter of 1776-1777 as the quest for American independence hung in the balance.