Frédéric Bastiat: The Life and Legacy of the Influential French Economist 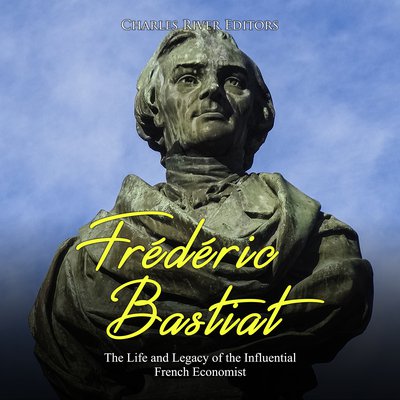 Frédéric Bastiat: The Life and Legacy of the Influential French Economist

Among those who championed free markets, perhaps no economist has written so forcefully as Frédéric Bastiat, whose seminal work The Law is still widely read today, over 150 years after his death. Bastiat’s work vigorously opposed government interference in matters affecting economies, and as socialism became more popular in the mid-19th century, he struck back at it, writing in The Law, “Socialism, like the ancient ideas from which it springs, confuses the distinction between government and society. As a result of this, every time we object to a thing being done by government, the socialists conclude that we object to its being done at all. We disapprove of state education. Then the socialists say that we are opposed to any education. We object to a state religion. Then the socialists say that we want no religion at all. We object to a state-enforced equality. Then they say that we are against equality. And so on, and so on. It is as if the socialists were to accuse us of not wanting persons to eat because we do not want the state to raise grain. I do not dispute their right to invent social combinations, to advertise them, to advocate them, and to try them upon themselves, at their own expense and risk. But I do dispute their right to impose these plans upon us by law – by force – and to compel us to pay for them with our taxes.”

If anything, Bastiat’s views and works have only become more critical as modern societies debate the value of government spending and private spending across the world and often reach different conclusions. Frédéric Bastiat: The Life and Legacy of the Influential French Economist chronicles his life and work, as well as the massive impact he’s had on the field of economics. Along with pictures depicting important people, places, and events, you will learn about Bastiat like never before.