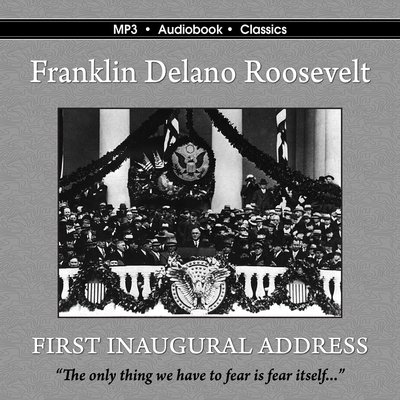 When Franklin Roosevelt was elected in 1932, the country was still reeling in the aftermath of the 1929 Stock Market Crash and ensuing Great Depression. The American people were looking for help and direction. In his inaugural address delivered on March 4, 1933, Roosevelt spelled out a clear plan that called for swift, decisive action that would mobilize the power of the federal government to put people back to work and reminded the public that America had a proud history of exceptional accomplishments and an inherent collective strength that could (and would) prevail. The speech is most famous for its declaration that “the only thing we have to fear is fear itself”, but is also notable for his bold statement that "I shall ask the Congress for the one remaining instrument to meet the crisis -- broad Executive power to wage a war against the emergency, as great as the power that would be given to me if we were in fact invaded by a foreign foe." The address continues to stand as a model of decisive, bold action fused with stirring, patriotic fervor. This is leadership at its best.
This audiobook contains a new reading of the text of Roosevelt’s address as well as a recording of the original.